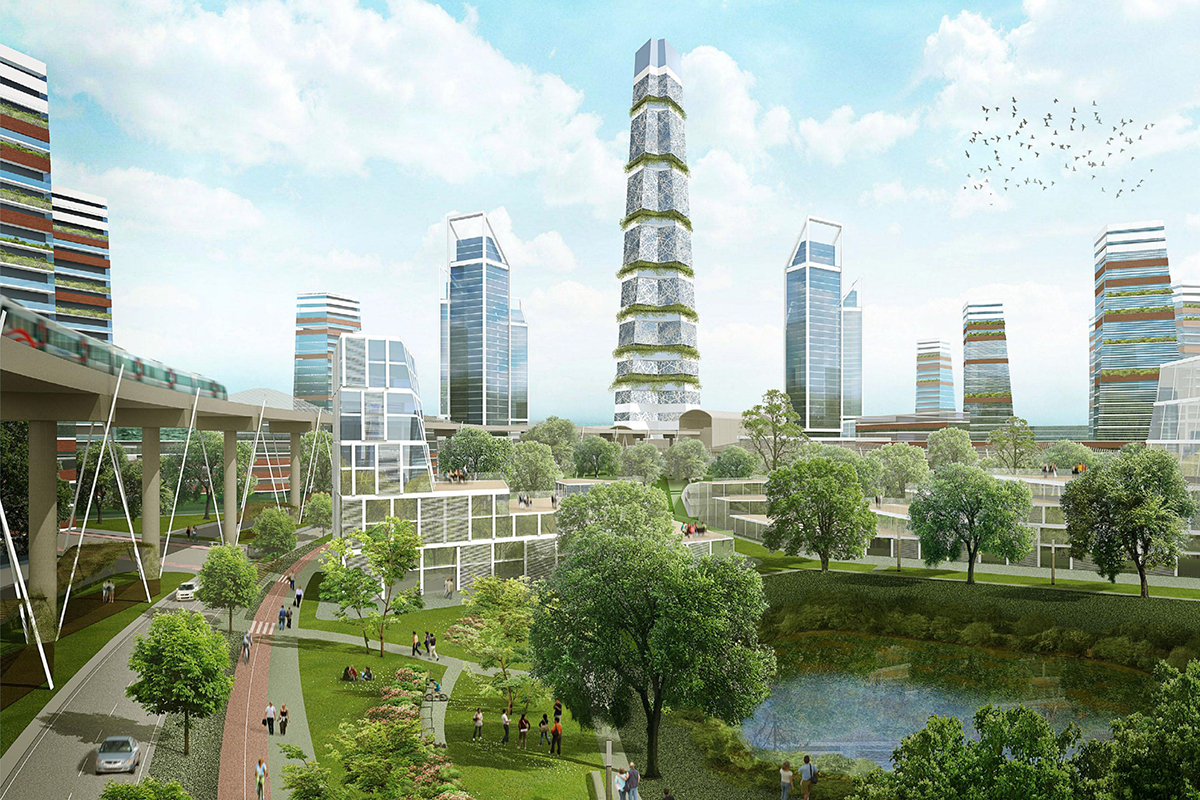 For most Indians, navigating serpentine traffic jams and riding on pothole-ridden roads is part of everyday life. Life is no different in much of South East Asia and the developing world. But unbeknownst to its people, poor urban design of cities is making urban workers more stressed, irritable and anxious.


Centre for Urban Design and Mental Health perceives that people in cities are more likely to suffer from mental health problems than rural dwellers. There's almost a 40% higher risk of depression, 20% higher risk of anxiety and double the risk of schizophrenia for those residing in urban areas. Moreover, conditions like loneliness, isolation and sleep deprivation are fairly common and can no longer be brushed off as city life syndromes. Still, only a handful of experts in India acknowledge the impact on one's mental health due to poorly designed cityscapes.


Centre for Urban Design and Mental Health perceives that people in cities are more likely to suffer from mental health problems than rural dwellers. There's almost a 40% higher risk of depression, 20% higher risk of anxiety and double the risk of schizophrenia for those residing in urban areas. Moreover, conditions like loneliness, isolation and sleep deprivation are fairly common and can no longer be brushed off as city life syndromes. Still, only a handful of experts in India acknowledge the impact on one's mental health due to poorly designed cityscapes.

The Covid crisis underlined the importance of putting people first and creating liveable cities for the future. For example, planned urban designs such as open green spaces and wider pedestrian paths could have allowed better management of social distancing rules for our populous country. Perhaps, it's time we re-looked at the designs of our neighbourhoods and workplaces and recognise the vital role urban designers and architects have to play in creating livable neighborhoods.

Multiple studies have explored the link between neuroscience, psychology, architecture and mental wellbeing. Research indicates that the unpredictability associated with commuting to work can raise cortisol production, a stress-inducing hormone. This early stress is more likely to linger throughout the day, decreasing happiness and reducing productivity. Similarly, messy homes, buildings, and surroundings also release cortisol.

In India's context, the impact of urban design on people's mental health is only now becoming visible. The National Mental Health Survey in India (2015) shows mental health problems like depression and anxiety to be more prevalent in urban areas. The impact is especially severe among women from lower-income groups and senior citizens. Issues of safety and accessibility, such as the fear of accidents, difficulty in crossing roads, chain-snatching incidents, absence of walkways, etc., mar their life experience every day. The survey also reported higher suicide rates, substance abuse and cases of dementia across urban age groups.

While open-air markets and recreational spaces have been a staple in traditional Indian planning, the pressing matter of overpopulation led to poor urban spaces. Conventional Indian home designs also prioritise natural ventilation over closed air-conditioned spaces, which is another lesson from the past that should be re-learnt for future innovation. Introducing daylight into the interiors using windows with chhajjas (also shading from heat), central courtyards, projections such as jharokhas and balconies, and elements such as jaalis also help enhance the occupants' emotional wellbeing.


There are several ways the design of cities and buildings can support people's mental health.

The latest report (from 2008) on the State of Mental Health in Delhi shows alarming levels of distress and poor subjective wellbeing among the population. Disturbed and erratic routines, crowded roads, longer distances, and traffic problems have led to weaker community links and a diluted culture. Lawlessness and fear for safety are also primary concerns in East Delhi, especially among women, children and the elderly. First and last-mile connectivity in East Delhi also remains a significant issue.

The East Delhi Hub in Karkardooma, project undertaken by CPKA in association with IDOM, Spain, plans to improve the quality of life and alter the city's landscape. Conceived as the pilot project of a transit-oriented development, the first of its kind in the country, East Delhi Hub will be developed around the existing two Delhi Metro stations at Karkardooma - on the Blue and Pink Lines. Spread over 15 million sq. ft., the project is located on a site area of 60 acres and attempts to live up to the ambitious demand of achieving an architectural typology that responds to the transit network and movement patterns of the city . The comprehensive design approach by CP Kukreja Architects (CPKA) won the design firm this prestigious project in an international competition.

The design uses an interesting combination of high- and low-density urban massing distributed at different vertical levels of the urban complex, which allows myriad public activities to take place at different levels - thereby activating the site throughout the day. Plans for developing various amenities like schools, dispensaries, libraries, cultural centres, community halls, convenient shopping, community spaces and creches within the site are also in the pipeline. The intent goes back to the earlier days of planning where echoes from the mohallahs and chowks would indicate a thriving public space, materialising a healthy and inclusive community. The project uses clean and green technology as one of its virtues, accommodating water and waste management systems. With most of the waste being segregated on site, the biodegradable waste is recycled, grey water is used on-site, and rainwater is stored and harvested for the residents to benefit from the same.

Architecture through the ages has reflected the vision of the planners vis-a-vis the people it served. Modern architecture needs to add a new dimension to urban design that promotes mental wellbeing. Fortunately, many of these aspects can be incorporated in building design without substantial cost implications only if city planners and architects consider mental health an objective from the start of any project.